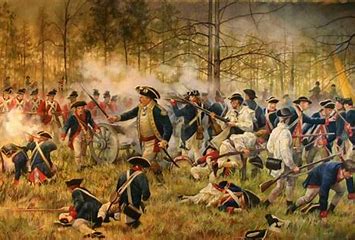 This week we celebrate American’s Independence. But Americans don’t seem to be celebrating. A new Gallop poll shows that patriotism is at the lowest percentage ever. Though the details of the Gallop poll aren’t as dire as some news organizations have suggested, I found it alarming that only 32% of Americans have pride for our political system.

The grand experiment of the world’s oldest democracy has landed on hard times. Still, as I consider the utter brilliance of our government, there is much to celebrate. Founded by brave men and women, this government was birthed as brilliant fruit of the reformation.  So for all those Americans that need some good ole’ American pride, consider these facts.

1. In the 1400s, England was structured as a feudalist society. At the top of government and the economy was the pope and king. On the bottom were peasants and serfs. There was one king, 180 barons and approximately 3000 knights. There were at least 1.5 million people at the bottom of the feudal system. Land ownership and one’s position was fixed for life. Feudalism eventually transitioned to an absolute monarchy. Until the reformation and renaissance, life for the majority in England was horrific and cruel. The lowest 99% had only one purpose: making the 1%, the king and his elites, wealthier and more powerful.

2. It is from this history that the puritans fled England and religious persecution for a better, happier life. Whatever else that can be said about these original settlers, they were risk takers. They risked everything for the life they wanted. It is this willingness to risk as adventurers that is one of the primary characteristics of the American ideal. In our Declaration of Independence, the pursuit of personal happiness is promised. This great promise was born on the wild dirt of the east coast.

3. At the center of Christian anthropology and rediscovered in reformation thought is that each human person is made in the image of God. By birth, each person has unalienable rights that no state can give or take away. These rights are endowed by their creator. This is a radical departure from European feudalism and absolute monarch rule that treated most humans as property. This idea of human value and freedom would be at the center of the constitutional argument.

4. Calvinist clergy during the revolutionary war provided both theological and vocal support for the American revolution. Dr. Mark Hall in his brilliant essay, “Did America Have a Christian Founding”, writes the following:

This was noticed by the other side, as suggested by the Loyalist Peter Oliver, who railed against the “black Regiment, the dissenting Clergy, who took so active a part in the Rebellion.” King George himself reportedly referred to the War for Independence as “a Presbyterian Rebellion.” From the English perspective, British Major Harry Rooke was largely correct when he confiscated a presumably Calvinist book from an American prisoner and remarked that “[i]t is your G-d Damned Religion of this Country that ruins the Country; Damn your religion.”

5. Freedom of religion and speech are sacrosanct American ideas. These freedoms are pillars on which everything else in the USA is built. We take these freedoms for granted. Of course, we all know the many limitations on freedoms in places like North Korea and Syria. But today in many Western European countries including Canada, there are state churches that use taxes for support and speech is regulated in ways that Americans would consider treacherous. Our political system protects us.

6. We have never lived up to our founding documents. Slavery is the great wound of American society. Its effects still reverberate. But unlike any country in the modern era (18th century-present), we seek, in fits and starts, to create, “a more perfect union.” Our constitution is of such brilliance that it propels every new generation to strive to live up to its ideals.

7. The United States is responsible for a more stable world. Today, there are less wars, less extreme poverty and less disease than in any other time in human history. This is in large part because of American capitalism and foreign policy. Eric Beinhocker, Professor of Public Policy Practice at the Blavatnik School of Government, University of Oxford writes, “We have centuries of evidence now that capitalist economies do better at delivering high standards of living to their citizens than do economies run by communist, authoritarian, or other nonmarket systems“.

Every modern democracy must grant the United States its rightful due for its part in their existence and flourishing. Through American blood, sweat and resources this world is a better place. For over a century, the United States has stood for human freedom all over the world.

8. We are still, “the city shining on a hill”. For all our current immigration challenges, they do reveal one important truth. People from all over the world desire to come to this country for a better life. The United States is the symbol and reality of what freedom and opportunity look like.

The United States is not a perfect country, far from it. It has many failings. It will one day pass away. But we are blessed beyond measure to live in this country. This fourth of July don’t be ashamed of this country. There is too much to celebrate.