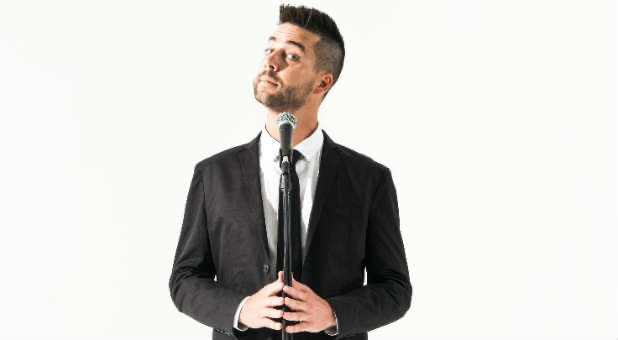 A few days ago, Charisma magazine published an investigative report on the sexual sin of John Crist. The son of a Vineyard pastor, Crist is one of the best clean comics in the business. The allegations have taken this popular performer and put his career into a free fall. Charisma News reporter, Taylor Berglund—author of the investigation—said that the allegations,

“…include, but are not limited to, individually sexting multiple women during the same time period, initiating sexual relationships with married women and women in committed relationships, offering show tickets in exchange for sexual favors (which means he invited women to his room after giving them free tickets) and repeatedly calling these women late at night while drunk”.

After the article was published, Crist responded with a letter of contrition. There is no doubt that John‘s behavior is sexually immoral but the article is unfair and does damage that needs not be done.

I find it disconcerting that the whole article is written in the language of predator/victim. Writing this way, Crist joins the list of countless predatory celebrities: Harvey Weinstein, Matt Lauer, Kevin Spacey, Mark Halperin, Louis C.K. and et al. If the Charisma News report is true, Crist does not deserve to be on this list. The “bombshell” of the report is written with the perspective that Crist is a sexual predator. But the details are open to interpretation. It could as easily been written like this: Kate (not her real name), goes on an evening out on the town with Crist on what appears to be a casual date, they do some couple roller blading, get drunk together and they end up frolicking in the ocean. There, he makes an awkward, alcohol-infused, sexual advance. She says no and he respects her decision. They go back to his apartment, Kate is wasted and he tries again but again she says no; he respects the decision. This is the story told from a slightly different perspective. Same facts. But instead of making Kate passive, she is an active participant.

Writing in the way Berglund does, moves the essay from news to opinion. Berglund intentionally writes the article to paint Crist in the worst possible light. All the women involved are shown as complete victims with no moral agency. How can this be true if they sexted back, engaged in consensual sexual acts, got drunk with him and whose wishes were always respected by Crist? For sure, he used his celebrity status as a way to meet women and as a Christian this is completely inappropriate. But the abuse implied in the article requires a power differential. Examples of such power differential are pastor and congregant, teacher and student, adult and child, boss and employee. If Crist did these things with an employee, a minor, or to a person who he is spiritually responsible for as a leader, this article would be appropriate. Instead, this is just someone’s darkness put on display for clicks. He’s a comedian not the pope.

I think the Charisma article is an over correction for Christian media outlets like Charisma News for not protecting innocents from abusive, predatory pastors. For example, Paul Crouch who was one of the central figures in the Charismatic Movement in the 20th century has been written about by Charisma News/magazine over 49 times. It’s all praise. Only once does the magazine make known that Crouch allegedly used his power to engage in gay sex with an employee and then fired him. And the one article is in defense of Crouch. The magazine never investigated Paul and his wife Jan for the many accusations leveled against them. Instead, follow this link to read what Steven Strang, founder of Charisma thinks about Paul; read the article and Paul is presented as an angel. No such article for Crist. Instead, he is unfairly sacrificed. Why don’t we investigate those who as Christian leaders have preyed on the weak. Once that’s done, we can move onto Christians in the entertainment industry.

I suppose that some of the reasoning for the publication of the allegations is that churches have brought him in to do shows. Maybe the lesson to be learned is not Crist is a monster but that the church’s use of entertainment isn’t the best way of making disciples. Crist is (was) successful in the public sphere. Leave him there and for the sake of Jesus will churches stop replacing the gospel with entertainment.

Crist is not a predator but a very needy, sinful, broken human. Sadly, his story is an all too common Christian story. I led a young adult ministry with a few hundred young adults for 5 years and I can’t tell you how many young adults did what Crist did—engaging in meaningless, alcohol-fueled, dishonoring sexual encounters. One thing to learn from this is that Crist is a very public example of the way that churches have forsaken its responsibility of training men and women in sexual holiness. We don’t talk about sex in a Christ-honoring, person-caring, winsome and helpful way. We have abdicated the work of sexual wholeness to schools, TikTok and blind experimentation. The church seems too busy trying to fill seats. And since teaching on biblical sexuality is too controversial, churches stick to things that make people feel good. We should not be shocked at Crist’s life. He is the product of a church who doesn’t know which way is up when it comes to sexuality.

Crist has all the signs of being an addict. I pray he finds real freedom, makes amends to those he has sinned against and gets back to making people laugh. I pray he isn’t destroyed by the church. There will be no way to make that funny.