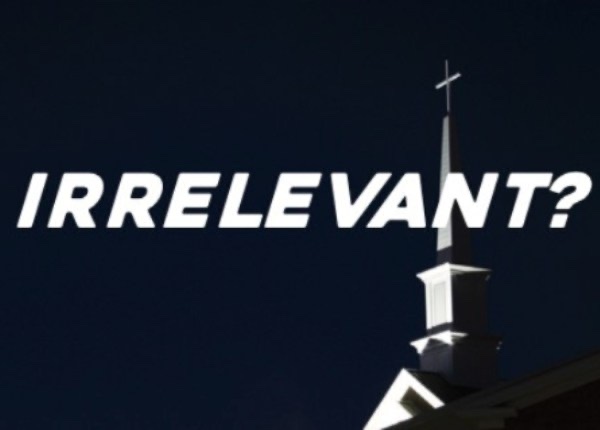 Parachuting seems like a thrilling activity. As 12000 feet or so, you jump out of an airplane, enjoy minutes in a fall and then release a parachute that enables you to coast to your landing zone. It couples danger and human ingenuity. It brings us to the edge of catastrophes and reveals that man has mastered yet another area of the world.

I recently perused the United States Association’s Parachuting Manual. At over 200 pages, there is a lot more to parachuting than jumping out of the plane. There is a body of knowledge developed over decades of experience and science that makes up this body of knowledge. Of course, you could just wing it—build your own parachute, get someone to fly you into the sky and see what happens when you jump out of the plane. Most likely you will face a fierce reality, the hard ground without slowing down.

Here is the question for this essay: can we speak of religious knowledge in the same way as we speak about parachute knowledge? Is there a way to be with God or a way to God that excludes others? Is there religious truth that reflects reality as it really exists? Finally, is there the ability for one religious truth and practice to be the path that brings life—a fully satisfying existence for anyone who implements it in exclusion of all others or is it different strokes for different folks?

Before we begin, we must put religious knowledge in its proper place. Until recently, it was widely accepted that knowledge of God, ethics and life could be known and explored. Then the secularization of the West took hold and for a variety of reasons, religious knowledge became marginalized in the academy. This is not because we learned something new but because a new religion took its place—scientism. Scientism is a belief system that places knowledge of the physical world as the primary way to understand humanity’s past, future, and purpose. In everyway conceivable, scientism is a religion for the modern era. Scientism is a philosophical worldview that science itself cannot defend. Its asserted as truth but it is merely a belief. For the sake of this essay, we will deal with religious knowledge seriously; we will deal with it on its own terms.

Most people do not live their lives around truth claims, epistemology or the debates they bring. Instead, each one of us are a product of culture and is seeking to live in it. In the realm of the ordinary, we want to know what is true and what isn’t. Seemingly bright people on TV and in magazines say with certainty, “All religions are the same.” This is the pop-culture way of saying there is no such thing as religious knowledge.

This rhetoric is the fruit of a secular society seeking to make sense of religious truth in light of science’s many advancements. To the modern mind, angels, healing and virgin births seem laughable. We know that these things do not exist. How we know this is never explained. It is to be taken with the kind of faith that the medieval church would covet from its members.

When someone says that all religions are the same, they mean one of two things. First, they are perhaps speaking in sociological and psychological terms. They are not dealing with religion on its own terms. Instead, religion is seen as fulfilling human needs. It gives us community, instills ethics and provides comfort. The metaphysical question—does God exist and does he have preferences—is ignored. In fact, most people who would hold this view think existence of God and his requirements are either unknowable or silly because God does not exist. This view rejects any kind of religious knowledge. It assumes God does not exist or is unknowable.

This view is highly problematic. How can one arrive at the belief that God is either unknowable or does not exist? In logic, both assertions are fouls of rationality; they are to be dismissed out of hand because they represent a weak argument. This argument fails because it assumes truths about God that are unsubstantiated. Thus, it gives no intellectual barrier to consider the validity of a religious claim.

The other way of asserting this view is to hold a particular religious view but also embrace the cultural value of tolerance. Who doesn’t love tolerance? Well, anyone who knows what it actually means. The meaning of tolerance has changed over the last 70-80 years. It used to mean that you have the freedom to think or do what you want even when you are wrong. Tolerance was about the Hebrew/Christian ideas that humanity is both extremely valuable and free to choose the life he wants. Here, freedom does not mean agreement. Instead, it is valuing a person and their freedom even if he jumps off the spiritual, emotional, or intellectual cliff. Tolerance means I am free to be wrong. It does not mean everyone is right.

Now tolerance is defined as celebrating a choice that is not true or destructive. This is clear in the current conversations around the fluidity of gender. Common sense and decades of research is ignored for personal truth. The new tolerance is based on the assumption that truth is relative and personally decided. I have my truth and you have yours. You will often hear a person say, “my truth works for me”. Making the claim that one truth is better than another is met with ridicule and accusations of being a fundamentalist—this is true in every area of human life except perhaps the hard sciences. The only thing allowed today is celebration. If I’m tolerant then I must celebrate your truth no matter how incompatible with reality it might be.

This view is rampant today. Like the previous assertion, it does not take seriously the idea of truth. For example, consider these assertions of religious truth:

Hinduism claims there is no absolute truth about God or reaching him and excludes those who make that claim.

Buddhism claims there is no sin or personal god.

Islam claims that one must believe the “Articles of Faith” and follow the “Pillars of Faith.”

If truth is to mean anything, these assertions can’t all be true. If one is right then it excludes the others. If you seek to apply the idea that truth changes depending upon my opinions in any other area of knowledge, you are quite possibly putting your life in danger. Can you imagine the man who jumps out of the plane at 12000 feet without a parachute because it is his truth? Everyone around him claps and celebrates the journey because this is being tolerant. When he jumps, he will find that his truth is false. He will run into reality–cold, hard earth. This position allows words to mean nothing and everything at the same time. It’s a one way ticket to the twilight zone. It asserts nothing of substance and does not hinder the pursuit of religious knowledge.

At this point we can say with certainty, there is no compelling reason to not consider a religious truth claim as an actual assertion of truth. As with any claim, we want to see if it is the best explanation of reality and if it can be tested in life. I am a follower of Jesus, so I would like to test one claim of Jesus. Let’s see if religious truth can be known and verified..

To keep our work simple, let’s take one of his claims and deal with it seriously: I am the way.

Jesus makes the exclusive claim that He is the way to the Father’s House, heaven (John 14:2). He is claiming that his followers will be the ones to find the place of bliss and rest, no one else. The way that Jesus is referring to is a call to “pick up your cross and follow him.” This is the way of Jesus. It is a way of absolute reliance upon God even when it looks like you’re losing. This is the Jesus way.

The claim comes with promised measurable activity. In Matthew 6, Jesus says that if you seek his kingdom—his way—God will take care of you in the physical world. He will act on your behalf. Can you at least imagine how amazing such an existence might be? We need not wait for death to see if this true. Right now you can begin to follow him as an apprentice. You can begin to implement his way of life. Then, see if God acts on your behalf. Either he will act or he won’t. There is no guess work needed. The Bible is filled with examples of God’s activity towards his followers in the physical world. If such activity happens to you, you can know that Jesus is the way. You now have knowledge of how to get to heaven..

We live in a world that is upside down. The silliest things imaginable are clung to with cultish devotion while reality is tossed aside. It needs not be this way.

This is the claim of Jesus: come, follow and see. Try it and find out for yourselves.

1 thought on “Can we know something true about God”