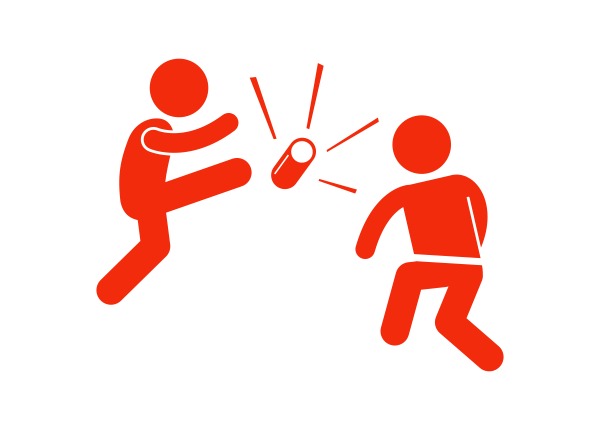 Steve Mathonnet-VanderWel has written an essay about the process unfolding in the RCA titled, “Moving the Goalposts and Kicking the Can”. Published in the, Reformed Journal: The Twelve, this essay is a response to what the author sees as the many errors of the conservative movement in the RCA concerning human sexuality and the denomination. Whatever else might be said about the essay, the author is both exasperated and bewildered. He is exasperated because he feels that conservatives are out for a “win” no matter the cost. He seems bewildered because for him conservatives are not playing fair, they are moving the goalposts.

He dramatically misunderstands what is going on in the RCA. This is not a disagreement but a schism.

I want to see if I can help members, leaders and churches in the RCA understand the underlying tension in the denomination and give context to what might seem like conservative desperation. The crux of the issue is this: the denomination is struggling to understand what is Christian unity and are there limits to it. Both sides have their views on sexual ethics, what is the gospel for their gay neighbor and biblical hermeneutics. But underneath all the disagreement, Christian unity is the fundamental issue. Or to say it another way, does Christian unity demand that we stay together even as we stand in dramatic opposition on sexuality, the gospel and how we understand our faith?

Jesus prays that his people would be one. He tells his disciples that the world will know we are his followers by our love. In Ephesians, Romans, 1 Corinthians, Philippians, Colossians and 1 Peter, there are apostolic admonitions to maintain church unity. Martin Manser, in his dictionary of Bible themes defines church unity this way: “The church is one in essence, because it is founded on one gospel, united to one Lord and indwelt by one Spirit”. He continues that this unity has historically been understood as a reflection of the trinitarian community. For Christians, unity is to be highly sought for and maintained.

Yet, we all agree there are limits to our unity. If I claimed to be the Lord and I could get my classis to agree with me and I asked for General Synod to bless our new understanding of my identity, there would be quick and concise action. There is distortion going on. A complete misunderstanding of the bible and the gospel is taking place. Most importantly, people are being (eternally) harmed by my actions and the actions of my classis. The RCA would brand me a heretic and move quickly to discipline the classis. They would be right to do so. This is because our unity is based upon shared distinctives. Jesus is Lord. The gospel is centered on him and no one else.

Our unity is based upon, humanly speaking, agreeing on basic facts about God, Jesus and the bible including Christian ethics (the RCA today would not put up with a racist pastor or classis seeking for General synod action to support segregation). We must agree on certain doctrines and belief or there is no unity. Martin Lloyd Jones in his essay, “Maintaining the Evangelical Faith Today” makes this very point.

Explicating Acts 2:42 Jones writes, “The apostles’ doctrine comes before fellowship.” The rest of the New Testament proves this. In 2 Corinthians, Paul says there are false apostles and different gospels that lead people away. He does not stay in union with these false teachers who proclaim a different gospel, he seeks to root them out. In the book of Galatians, he says that those who teach a different gospel are “accursed”, not the language of unity. In 1 Timothy he tells his protégé that some will leave the faith to pursue other gods; their moral choices break unity. John calls those who hold to false teaching, “antichrist” and tells the church to not receive them. Finally, in the book of Jude, Jude places the blame of division on scoffers, “following their own ungodly passions”. Such ‘Christians’ Jude tells us are, “fruitless trees in late autumn, twice dead, uprooted”. There is no doubt that there are limits to unity.

The bible says that incorrect teaching on sexuality and sexual immorality breaks unity. In 1 Corinthians 5 Paul writes these sobering words, “It is actually reported that there is sexual immorality among you …. Let him who has done this be removed from among you”. Later in the chapter Paul tells the Corinthians that if someone says he is a brother and is guilty of sexual immorality to, “not even eat with such a one”. In the book of Revelation, Jesus judges the church of Thyatira because it tolerates Jezebel who teaches and seduces, “my servants to practice sexual immorality”. Jezebel is not a person but a worldview and spirit of sexual license. Jesus says Jezebel is in fact, “the deep things of Satan”. The church is to have nothing to do with Jezebel.

Of course, in the bible is a river of mercy for the sexual sinner. Paul takes the time to make clear that his commands are for those who claim Christ not the unbeliever. We are to be in relationship with those who are far from God, no matter the life they live. Disunity happens when there is no repentance of a believer or when a Christian celebrates sin as a moral good. Jezebel’s evil is in her teaching that leads to sexual immorality. The Corinthian church’s sin was being so arrogant to say grace made decent what was clearly immoral. The sexually immoral in 1 Corinthians are to be put out because Paul had, “already pronounced judgment on the one who did such a thing”. There is a similar theme in 2 Thessalonians 3:14, “If someone does not obey what we say … take note of such a person, and have nothing to do with him”. Though this should be applied pastorally and wisely, two things are clear. Sexual sin is a primary issue of fellowship and false teaching on sexual ethics is anathema to the gospel because it leads people astray.

If sexual sin is a primary issue of fellowship and false teaching on sexual ethics is to be judged for its harm, then we must answer this question: is practicing same-sex sex biblically immoral? It is here that my progressive brothers and sisters will say things like, “there are only 7 passages about homosexuality in the bible and Jesus never talks about it”. Or, “the bible is ignorant about orientation and has no conception of something like gay marriage. Faithfulness and love are the values that the bible is defending and a committed gay couple who marry are living out the spirit of the law even if they break the letter. So, we should embrace gay marriage and gay identity as gospel good.” This is the gospel for the gay person according to the liberal Christian leader and church. Liberals want a denomination that is fully open and affirming. This is their aim. They will leave if there was ever any enforcement of the conservative position. Conservatives think that the gospel declares that homosexuality activity is sin and is something that needs mercy; the biblical story is clear to us from beginning to end—sex is for marriage, one man and one woman for life; there are lots of verses about that. Sexual activity outside of traditional marriage is disordered sexuality and sinful. Conservatives want the denomination to make a constitutional stand on sexuality and then discipline those churches that are out of order. Steve seeks to give us wisdom from his marriage. He wants to show us that these vast disagreements aren’t something to ‘divorce’ over:

It might seem unbelievable, but Sophie, my wife, and I sometimes disagree. Sometimes our disagreements are not superficial and simple annoyances. We can’t agree. Maybe we can’t even put our disagreement into words or focus. We persevere. We live with some tension. We process. We pray. We wait. We talk some more.

What we don’t do is say “We can’t kick the can down the road anymore. Enough! We must decide now. We must have certainty and unanimity or we must divorce!” We have a commitment. We believe time helps. Some sort of imperfect way forward will appear. We will find a way even if we don’t find an “answer.”

What the liberal and moderate wings of the RCA do not understand is that we are not considering leaving because we disagree but because we see the teaching of homosexual activity as morally good a teaching of Jezebel that leads people astray. We are considering leaving because liberals want to ordain sexually active gay pastors and perform gay marriages. You are celebrating the immorality of Christian leaders and Christian followers. Paul says to turn out and we see you declaring, “embrace”.

Using the marriage metaphor imagine that a husband cheats on his wife. She finds out. He then tells her that not only has he been doing this but he is going to continue. He also wants to teach the kids about how this is a valid form of marital ethics. When she gets upset and weeps in lament, he says she is being judgmental and narrow-minded. She tries everything because her marriage vows mean something to her. Therapy, interventions, prayer, reading, understanding and learning his point of view. But at some point, for the sake of her soul and the future of her children she says, “I can’t kick the can down the road anymore. Enough! You and I must decide now whether you will repent, commit or not. I must have certainty. If we cannot have unanimity on this core issue, we must divorce”. This is how conservatives feel about liberal teaching on homosexuality and the ethical embrace of sin by the progressives in the RCA. It is ongoing, unrepentant, celebrated spiritual infidelity.

Conservatives are not going to change our minds on the sinfulness of homosexual activity nor will we ever embrace gay marriage as Christian. We cannot accept the ordination of gay pastors who embrace their gay identity and fornication as a holy life. We will not call evil good. The bible is explicitly clear. We are confident in our hermeneutic and we are humbly narrow-minded. These new teachings and ethics lead people astray and are eternally dangerous. We have done everything we can think of to preserve unity. Circles of reconciliation, repenting, listening and study groups. We love you but you are catastrophically wrong. The words of John and Paul make us rightfully fearful that unity with you will cause judgement on us.

This is the last general synod that we will seek a way to preserve unity. But like the wife that will not accept ongoing, unrepentant infidelity, we cannot allow the church to celebrate and preach what the bible condemns and judges.

There can be no more kicking the can down the road. There must be clarity. The unity of the church depends on it.

5 thoughts on “Kicking the Can Down the Road: why the RCA cannot have unity if it disagrees on homosexuality”