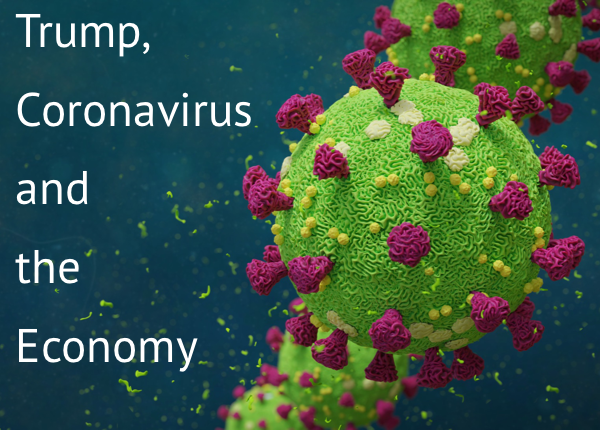 Yesterday, I read and posted on Facebook an op-ed from Thomas Friedman asserting that the shutting down of the economy might be worse for us than the Coronavirus. I thought it was well reasoned and I said so. You’d think I was supporting genocide. My Facebook page went nuts. Mostly, people reduced the opening of the economy to love of money. I want to show why a free and open economy is a profound moral good. First the post that caused the firestorm.

The trade off between a society shutdown and economic viability is a serious question. Anyone who says that Trump’s idea of reopening the economy by Easter is crazy is, in the words of Thomas Friedman, participating in herd mentality. Either by instinct or advice, Trump has framed the problem facing the world simply and clearly. In other words, he’s the first world leader to think differently about this pandemic.

Dr David Katz, founding Director of Yale University Griffin Prevention Research Center, offers a plan that seeks to do what Trump knows must be done. If we shutdown society for a virus that does not harm children (at all) and is of no significant threat to healthy adults under 60, it’s like committing suicide to heal cancer. It works but at a high price.

This essay from Friedman is something every governor must read: https://www.nytimes.com/2020/03/22/opinion/coronavirus-economy.html?referringSource=articleShare

This is Katz’s website where he articulates his plan: https://www.dietid.com/covid19?referringSource=articleShare

But look at China. They closed shop and now they have dealt with the Virus. Honestly Trump is all about business or big business and his reelection he does not really give a damn about the people. Why don’t you read what he has said back in the 90’s?

I’m sure he’s only thinking about his businesses. That’s what narcissist do.

Ron Citlau, I’m all for tiered approaches yet for the sake of the health care system not collapsing you’d still need the ability to identify and quarantine the known carriers, both the symptomatic and asymptomatic. You can’t do that without tests. In the absence of adequate tests, “shelter in place with only essential workers working” is the most reasonable and prudent thing to do and doing it for 2-3 weeks would allow time to identify all the carriers as they begin to show symptoms before they infect many many more. I strongly recommend looking more closely at the global numbers of hospitalizations and deaths among the under 70. Taking a different tack than other nations isn’t in an of itself a virtue. It’s always about the particulars of the case at hand. Look no further than Italy to see a country that took this super casually in the early stages. Medical professionals I know, have expressed that they’re not ready for massive numbers of pneumonia cases.I’m having a hard time understanding pro-lifers promoting choosing economy over saving hundreds of thousands of lives of their neighbors of all ages and health statuses. Again, sheltering is prudent for now. Get the logistics and supplies in place and THEN and only then do “go back to normal” which would be a new normal. WE’RE ALL excited to get back to work but seriously, some things are worth more than money man. It’s weird feeling like you’ve got to say that to a pastor.

Look at the comments and one thing is painfully obvious: Christians have no sense of the value of an open and free economy; they have no idea what can happen when economies collapse. Let’s fix that.

Here is a basic definition of an economy:

a specific human means of satisfying basic needs, namely, of providing for a life and increasing security, of individual enrichment, of development for both individuals and society as a whole. (the Encyclopedia of Christianity).

Humans have had economies from the beginning; it was ordained by God. The first economy was in the garden:

Genesis 1:28–29 (ESV): And God blessed them. And God said to them, “Be fruitful and multiply and fill the earth and subdue it, and have dominion over the fish of the sea and over the birds of the heavens and over every living thing that moves on the earth. And God said, “Behold, I have given you every plant yielding seed that is on the face of all the earth, and every tree with seed in its fruit. You shall have them for food.

Do you see a functioning economy? I do! There is work—have dominion & subdue. God provides a job as it were and Adam and Eve receive pay—enjoyment of the garden. All economies also have rules that must be followed or there can be catastrophic consequences personally or system wide. In the garden, there was one rule, do not eat of the tree of the knowledge of good and evil. In this first economy, there is an exchange of goods and services for the satisfying of their needs. In this economy, not just needs are met but life-satisfying work is done.

Economies can break. This one does. When Adam and Eve broke the rules of the garden’s economy, the mechanism of securing needs and fulfillment fall apart. The job ends for Adam and Eve. The resources of the garden are no longer available. The result is wandering, toil and death.

A free economy is an intrinsic good. It’s initiated by the Creator. For human life to exist and flourish together, there must be a functioning economy. In the modern, American economy that has spread around the world unbelievable good has come from it. Europe, China, Asia, South America and Africa are flourishing because of the American economy. Extreme poverty is being eliminated because of the free market. The free market has created the chains of logistics and distribution around the world. We can get anything to nearly anywhere in the world within days.

Perhaps the most compelling good that has happened over the last 70 years from the free market is the growth of food production. According to the World Bank,

Since 1960, the world population has more than doubled, from approximately 2.9 billion in 1960 to more than 6.7 billion today. The demands placed on global agricultural production arising out of population and income growth almost tripled. Global agriculture has been successful in meeting this increase in demand. Steady growth in agricultural output and a long-term decline in real commodity prices attest to this success.

This is the fruit of the free market. The growing population was once seen as a global crisis because there wasn’t enough food. This crisis was solved by a free economy.

We can say that death and suffering have profoundly decreased while essential needs and human flourishing have grown exponentially for Americans and the world because we have a functioning economy.

So what happens when a free economy collapses? Is it just some wealth that is lost? Does it just mean not going on vacation for a year or not getting a new car? Consider pre WWII Germany,

Germany was economically devastated after a draining defeat in World War I. Due to the Versailles treaty, Germany was forced to pay incredibly sizeable reparations to France and Great Britain. In addition, the Versailles treaty, which many agreed was far too harsh, forced Germany to give up thirteen percent of its land (http://marcuse.faculty.history.ucsb.edu/classes/33d/projects/1920s/Econ20s.htm) .

This along with stifling tariffs and exploding inflation, created the atmosphere where Hitler seemed like a good idea to the German people. Like the first economy collapsing, Germany collapsed and there was hell to pay.

When we choose between opening the economy and protecting people from the virus, it is a profoundly complex choice. If the American economy goes into a global depression, the world will too. This means that the basic mechanism of getting essential needs will crumble around the world. The global logistical chains that move products will fail. The integrated world will fall apart as companies fail. Food production will be nationalized and no longer shared through the free market. People will starve. The peace of the last 50 years will end.  In the collapsing of the global economy, we are setting up 195 chances for what happened in Germany to happen in this world.

The Coronavirus has killed 910 Americans. The latest figures from the CDC and research out of South Korea shows a virus that has less than 1% fatality, much lower for those under 65 and significantly higher for those over 65. There is reason to believe that once we know the actual infection rate that this will be no worse than a bad flu season.

So, Trump is right to ask the question. He is right to push the issue. He has been the first world leader to raise his hand and ask the uncomfortable question. Whatever you think of Trump, this is no small thing. He’s acting for the moral good. He knows that a broken economy might destroy the good of the last 80 years.

There is a choice to be made dear Christian. Don’t act like the answer is so clear. Be careful when you stridently say your opinion. Most of us have no training in pandemics except what we have watched on CNN. That’s all to say, Trump is right to raise the issue. It’s what you call leadership.

1 thought on “Coronavirus and the Economy: why Trump is right to get the economy open”