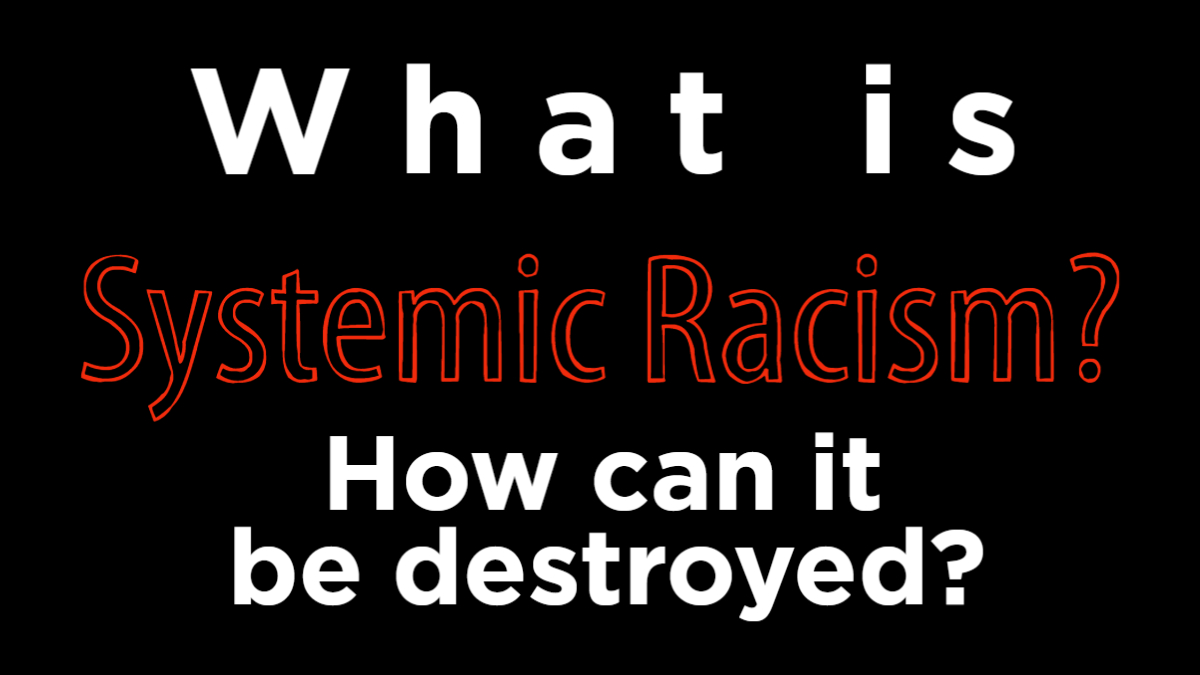 The shockwaves continue from the killing of George Floyd. Over the last week, every major city in the United States has had large protests demanding justice for Floyd and for the African American community. At the center of the protesters’ demands is a call to dismantle systemic racism. There is a serious challenge though. While nearly everyone agrees that everyone deserves equal justice and that systemic racism should be stopped, no one, as far as I know, has given a clear path on a way forward. This is because over the last decades we have changed our laws to uproot the systems of racism that were found there. Our laws explicitly state equality for African Americans and forbid different treatment because of the color of one’s skin. Yet for all the good these laws have done, deep problems remain. I would like to offer a biblical treatment of the problem and a possible solution. None of what I say should be construed as the only things that should be done or the only way of thinking of the challenges in front of us. Instead, it is my hope to help (white) Christians see what is before us and how we can act together for the common good.

Systemic racism must be uprooted and destroyed. When we think about ‘systemic racism’, it is important that we seek a biblical vision for what this might mean. The best biblical way to understand what this might be is found in Exodus 34:7 (ESV): “[God] will by no means clear the guilty, visiting the iniquity of the fathers on the children and the children’s children, to the third and the fourth generation.” Douglas Stuart writes about this verse,

It does not mean that God would punish children for something their ancestors did but that they themselves did not do. Rather, it describes God’s just punishment of a given type of sin in each new generation as that sin continues to be repeated down through the generations.

It is from this individual level that the forming of social circles then takes place. We most often connect with people who think like us. It is part of human nature. People who are like us reinforce our opinions and beliefs. This enables us to believe and act on things that are sinful because our group cleanses our conscience. All of this can happen subtly and without much notice. It can happen in neighborhoods, clubs, associations, jobs or even at church. You will not find it on any documentation of the group, but it will be practiced behind the scenes. This system is operating as an interpersonal reality. Consequently, it often operates far from conscious awareness. It is just there.

To this point, the system of racism is seemingly moved by individuals generationally who self-select groups that think similarly. One might think that there is no overarching leadership or intention behind it. This would be false. Paul tells us that we do not fight against flesh and blood but against principalities and powers. There is a coordinator of this system of racism. It is a demon or demons. These dark spirits seek to use this system to destroy people. This is the biblical view. This is what is happening, and we must admit, this system is operating successfully.

Systemic racism, then, is a psychic reality where racist ideas or tendencies are passed from parents to children. The persons involved and affected by racism naturally gather together. These interpersonal connections reinforce racism and allow it to be socially acceptable. This is orchestrated by demons. It is the hidden nature of this system and its demonic leadership that make uprooting it a difficult challenge. For sure, Congress, the president, the judiciary or the good intentions of countless men and women have no chance against this system. The only way forward is the way of Jesus and his ongoing revolution.

Racism at this level resides in the heart. Before we can think about dismantling the system, we must deal with individual hearts. This is of course the work of the local church. Wise and spirit-filled leaders will have to teach a curriculum in Christlikeness that enables his followers to put off reviling and malice. Then, they will have to learn how to put on love. This process will uproot racism with its generational effects in the person who undergoes the process.  It is this kind of discipleship that changes people. History proves the point.

To the casual observer such a strategy seems hopeless to help with what is before us. Or at least, it seems like a strategy that will take forever. But one would only believe this if they believe that this strategy was a human idea for individuals. The leader of this undertaking is Jesus. From the riches of his kingdom, he enables his people to experience radical transformation. He is masterful at such work. What starts off in individuals does not stay there. The results of real transformation are exponential. The changed hearts of a few can change the world. This has happened again and again in human life for the good of all. The way of Jesus is the only process that can competently uproot systemic racism as described in this essay.

If this is to be the way forward, then two things will need to happen. Jesus’ followers will have to be convinced that malice and reviling dwell within them and it is not good. It is no small thing to be able to name the sin that is in our hearts. Then, churches will have to disciple its members into love. Both will require a movement of God among his people for this system to be destroyed. This is our only hope.

Let’s get to work and let the work begin in us. Jesus will be faithful, and the world will be made better for it.