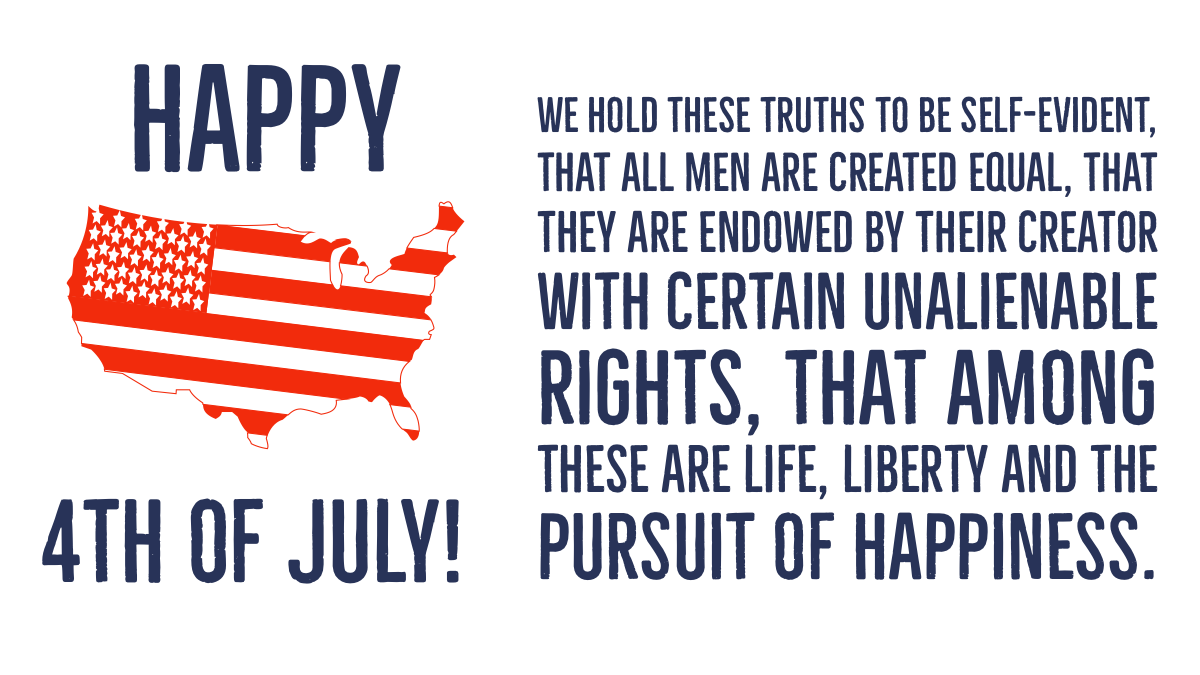 This Fourth of July, our nation is as divided as we were in the 1960s. Yet, the greatness of this country is not the lack of our problems, or the divisions they cause, but the original ideas that started the grand experiment. These ideas still sustain, invigorate and encourage all of us. They call us to seek a more perfect union.

We have deep divisions

A once-in-a-lifetime pandemic revealed stark differences in how Americans see the world. There are deep fissures over experts, government authority and healthcare. Depending on what you watch or read, there are two radically different views on what this pandemic really is. The mask has become a sign of which side you are on.

The depression-like disruption of our economy revealed how vulnerable we all are. The livelihood of hundred of millions of citizens is endangered by a microscopic bug. We became divided over health, paying bills, data, work and risk. Economic livelihood versus potential death—we became divided on which kind of life matters more.

The killings of Ahmaud Arbery and George Floyd revealed and deepened deep divides. Race, inequality, history, politics, equity and lack of opportunity clashed into one another. The result was toppled statues, protests, riots and a cry for justice. On the other side were bewildered whites. Many who aren’t racist and don’t want to be seen through the lens of their fathers’ sins.

Finally, our politics reveal the old divides. On one side are individualists who love America and who believe hard work will fix almost anything; they believe in the American dream. For them, this country has been blessed. They are the progeny of Thomas Jefferson and belief in limited government. Their philosophy is one of individual destiny and rejection of victimization.

On the other side are citizens who believe that there are some things only the government—We the People— can solve. They see systemic problems and injustices as historic sins that time doesn’t erase. Individuals are positioned by history and no amount of grit can go against a tidal wave of injustices. These citizens are the progeny of Franklin Roosevelt and his expansive vision of government. Their philosophy is we rise and fall together.

In some ways, two nations exist tenuously as one.

But we are one and we are stronger because of it. We are united by belief in a set of ideas. These ideas are not fully realized today but each generation fights, yearns, and seeks to make these ideas more real than they were the generation before. Sometimes we fail them, but over time we follow our better angels.

These unique ideas makes us a city on a hill. These ideas are so precious that every side from every division have given precious blood to defend them. We are exceptional as a nation only because these ideas are as compelling now as they were 244 years ago. These ideas are why, God willing, this young but tired Republic will not only survive the current divides but thrive.

We are a nation built on a sentence written by a man who embodies our many contradictions. It is this sentence from our founding document that reveals why we all can love this country and celebrate this Fourth of July:

We hold these truths to be self-evident, that all men are created equal, that they are endowed by their Creator with certain unalienable Rights, that among these are Life, Liberty and the pursuit of Happiness.

May these words become more true this year. Remember, E Pluribus Unum—out of many, one.