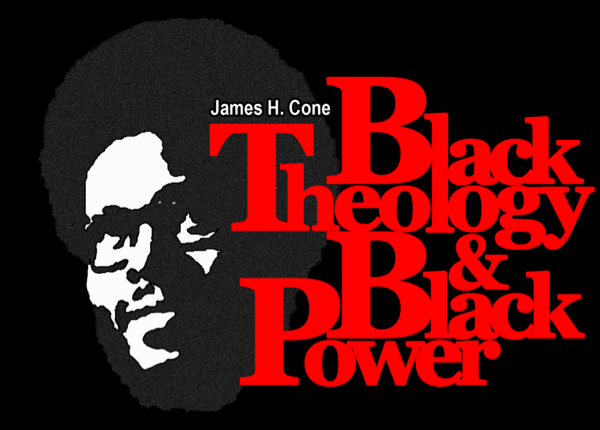 Below is Dr. Conlo’s response to my essay. I was thankful that she engaged though all she did was add fuel to my argument. I responded but it seems she has blocked me from posting on her website so I also posted my response.

You are mistaken in your assumptions. I am schooled in the historical-critical method of biblical interpretation, the backbone of mainstream. (liberal or progressive) Christianity and in Liberation Theology, particularly the Black Liberation Theology of my mentor, the late Dr. James Cone. While one may argue that Latin American Liberation Theology is influenced by Marx, most of Black Theology rejects Marxism as a white, western philosophical source. The post modernist philosophical tradition, another largely western construct, is similarly not part of my background. In other words, you have set up a straw man argument by completely misrepresenting who I am and how I think. I assume that, as a Christian, it is not your intention to bear false witness against another. Therefore I invite you to learn more about who I am and why I do the anti-racist work I do both in the US and in the majority world nations of Liberia and Myanmar before purposing to undermine it.

Thanks for engaging with me Dr. Conlo. Your essay is important, and I am always seeking to learn. These fundamental conversations serve the church; I know of many within my denomination, the RCA, are deeply interested in the substance of what we are talking about. I have sought to seriously engage your work; I in no way want to create a “straw man” as you say. If I have, I want to correct that. Perhaps this response can help in clarifying my position and the issues as I see them.

What an honor that you have been mentored by Dr. Cones. He is a significant voice in liberation theology and a serious thinker. He also was a devoted follower of Jesus. I’m sure he is missed. Since you build your argument for my “straw man” based upon his work, I will use his work to seek to prove my point.

I am sure you are aware of his essay, “The Black Church and Marxism”. The essay is old, but it is a key text in understanding our culture today and the current form of the black liberation movement. The essay is highly critical of capitalism going as far as to suggest that capitalism stands in the way of justice. In it, he writes that no one will believe that the black church is serious about freedom,

If black churches do not take a stand against capitalism and for democratic socialism, for Karl Marx and against Adam Smith, for the poor in all colors and against the rich of all colors, for the workers and against the corporations… … it is clear that we blacks must begin to think of a radical and total reconstruction of this society from its material, economic base.

The way forward for Cones is to use the analytical power of Marxism but reimagine its implementation. He writes, “We can indigenize Marxism, that is, reinterpret it for our situation. We do not refuse to ride in cars or airplanes, nor do we reject any other useful instrument just because they were invented by whites”.  Indigenized Marxism is black liberation theology in its infancy. It takes the insights and Marxist critiques, as well as its goals and seeks to place it within the Christian tradition.  It is not traditional Marxism but a son of it.

As I’m sure you would agree, “freedom” for the current form of black liberation theology goes well beyond reimagining capitalism. Your essay is an example of where you believe freedom has yet to be won. Freedom in this context is a reordering of the power structures of society by deconstructing old structures of oppression and by building a new society that redistributes power—economic, social and political. This desire for a reordering of society is now the call of other self identified oppressed groups. The LGBTQIA is the clearest example. They have found group identity in their mixtures of sexual identity, gender fluidity, and new sexual ethics. They too desire a “reconstruction” of society. Black liberation theology and the current Gay rights moment were birthed from the roots of Marxism. The philosophical term is post-Marxist. It’s includes Marxist critique but replaces the goal of wealth redistribution for power redistribution.

As I said in my last essay, it is Foucault who creates the bridge from Marxism to identity politics in which black liberation theology is a proud member. The Bourgeoisie is replaced with whites; proletariats is replaced by marginalized communities. The cure is broadened from economic restructuring to a restructuring of all of society. In practical terms this means removing the commodity of power from the top of the hierarchy and sharing it with those groups that have not had power in the past.

Post Marxism places white, male heterosexuals at the top of a socially constructed hierarchy built to retain power. Underneath, to varying degrees are the new proletariats—any group that has been victimized by those at the top and kept from enjoying the benefits of power. The goal is a demolition of hierarchies as they now exist. I believe this is a fair historical and philosophical analysis of the realities I asserted and now Black Liberation theology’s place in it. As you know, this weltanschauung fits well within the historical-critical method (quite a modern hermeneutic by the way). It is the body of knowledge and analytic lens you bring to the text. I hope this helps to see that we are dealing with no straw man. Instead, this is a well-developed worldview that I think is worth critiquing.

As I have said, I find deep problems with liberation theology, post Marxism, identity politics and the harm I believe they together bring into the public square as we seek real answers to the racial challenges facing our country. I find little good in these connected realities. I don’t see how they can bring about biblical justice which is our aim as Christ followers. Instead, these movements divide us. In the 18th, 19th and much of the 20th century we were divided by the institutionalized racism and slavery found throughout the United States. Now, we are in danger of swinging the other way by seeking a reordering that has no historic precedent and will in the end, I fear, make all of us less free, less prosperous and less able to pursue “happiness” as each individual sees it.